Kenneth Branagh’s long wait for his first Academy Award is finally over as the film script for his Northern Irish drama Belfast received the Best Original Screenplay award at the 94th Academy Awards in Hollywood.

On a night that will live long in the memory for the surreal altercation between Will Smith and Chris Rock, Branagh managed to finally capture the illusive Oscar that he has chased since 1990.

Belfast was up for seven awards on the night, but Branagh was only successful in the Original Screenplay category, which included Adam McKay and David Sirota (Don’t Look Up), Zach Baylin (King Richard), Paul Thomas Anderson (Licorice Pizza), and Eskil Vogt and Joachim Trier (The Worst Person in the World).

Accepting the award, Branagh saluted the “the fabulous Island of Ireland” saying “this is an enormous honour for my family and a great tribute to an amazing city and fantastic people”. He added, “this story is the search for joy and hope in the face of violence and loss,” and made a tribute to people that had been lost: “We lost some people along the way. We miss them, we love them, we will never forget them, and we will never forget all of those lost in the heart-breaking, heart-warming human story of that amazing city of Belfast.”

Richard Williams, the Chief Executive of Northern Ireland Screen, congratulated Branagh on his award, adding: “The global success of Belfast has provided the local film industry in Northern Ireland with a much needed boost after a tough two years. Having a film named after our capital city being recognised at the Oscars gives our industry credibility you couldn’t get any other way. The people of Northern Ireland welcomed this film with open arms, we are so proud that Belfast has also been recognised at the most prestigious film awards in the world.”

Branagh’s semi-autobiographical film Belfast received nominations for Best Director, Best Original Screenplay, and Best Picture. Prior to this, Branagh had received nominations in five categories including Best Actor in a Leading Role (Henry V; 1989), Best Short Film (Swan Song; 1992), Best Adapted Screenplay (Hamlet; 1996), and Best Actor in a Supporting Role (My Week With Marilyn; 2011). He also was previously nominated for Best Director for Henry V in 1989.

Jessie Buckley, who received her first Oscar nomination for her performance in The Lost Daughter, missed out on an award for Best Actress in a Supporting Role to Ariana DeBose of West Side Story. The category also included Belfast nominated actress Judi Dench, Kirsten Dunst for Power of the Dog, and Aunjanue Ellis for King Richard.

Ciarán Hinds was another Irish hopeful that was nominated for an Academy Award for the first time. However Troy Kotsur of Coda, the film that ultimately won the Best Motion Picture award on the night, picked up the Best Actor in a Supporting Role award. Hinds was nominated alongside Jesse Plemons for The Power of the Dog, J.K. Simmons for Being the Ricardos, and Kodi Smit-McPhee for The Power of the Dog.

The 94th Awards were hosted by Wanda Sykes, Amy Schumer, and Regina Hall, at the Dolby Theatre at Ovation Hollywood on Sunday, March 27th. 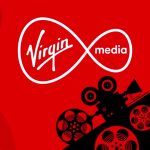 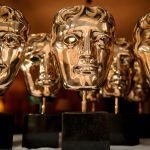