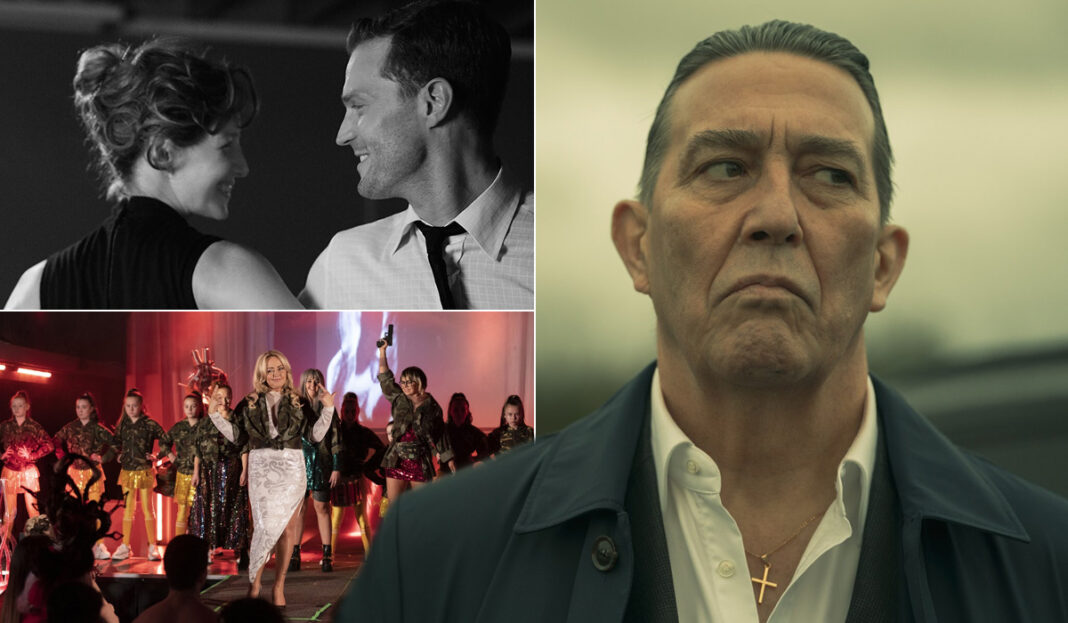 The Irish Film & Television Academy (IFTA) has announced the 2022 IFTA Nominations for the Irish Academy Awards across 25 categories in Film and Drama.

Kenneth Branagh’s Oscar nominated Belfast and Colm Bairéad’s Berlinale winner An Cailín Ciúin lead the list of film nominations with 10 a piece. Rachel Carey’s Deadly Cuts has seven nominations, while Benjamin Cleary’s Swan Song has six. Who We Love and You Are Not My Mother have five each.

Four of the six Best Films nominations are debut Feature Films – with An Cailín Ciúin, Deadly Cuts, Swan Song, and You Are Not My Mother, all marking the directorial debut for the  Writer & Director from these talented new feature-filmmakers.

In lead actor there are two nominations for Irish speaking roles with both  Dónall Ó Héalai and Peter Coonan nominated for their roles in Foscadh and Doineann respectively. Coonan has also received 2 nominations himself, for Doineann  in film and for Hidden Assets in drama, as does Ciarán Hinds for Kin and Belfast, while  Angeline Ball also has two nominations for her roles in the film Deadly Cuts and drama Hidden Assets, and Niamh Algar for both the horror film Censor and drama series Deceit.

“What a spectacular line-up of Nominees that have been shortlisted for Irish Academy Awards this year, after a record-breaking production year for the Irish industry. The work being recognised this year showcases to the world what our talented industry has to offer,” said IFTA Chief Executive, Áine Moriarty. “It’s an incredible reflection of the high calibre of Irish talent, filmmaking and storytelling that we have in this country, at world-class standards. The Irish Academy is proud to acknowledge and reward their great achievements.”

The 2022 IFTA Awards Ceremony will be broadcast on Virgin Media One on Saturday, March 12th.  Further details about the show and the international guest participants will be announced shortly.

Nominations are shortlisted by Irish Academy Members alongside specialist Jury panels of industry experts from around the world.

The Best Film Nominees this year, showcase one of the most diverse and exciting Film Line-ups in many years. Powerful films that are captivating audiences across Ireland and internationally, showcasing Comedy, period Drama, Philosophical Sci-Fi, Horror, Irish Language and LGBTQ+ coming-of-age and that’s not all.

Colm Bairéad’s debut An Cailín Ciúin, is a gorgeous and mesmerising story of a young girl’s summer break away from her dysfunctional family in 1980s Ireland, when she stays with a foster couple featuring new-comer Catherine Clinch and Carrie Crowley;  Kenneth Branagh’s Belfast, is the tender, personal and very humorous story of one boy’s childhood during the Troubles in 1960’s Belfast, featuring Caitriona Balfe, Ciarán Hinds, Jamie Dornan, Jude Hill, and Dame Judy Dench;  Rachel Carey’s debut Deadly Cuts is the hit comedy about a group of inner-city Dublin hairstylists-turned-vigilantes, starring Angeline Ball; Swan Song, is the superb debut Sci-Fi feature from Oscar-winning Irish filmmaker Ben Cleary (Stutterer), featuring Oscar Winner Mahershala Ali who decides to clone himself in the hope of protecting his family when he’s gone; Graham Cantwell’s Who We Love, an LGBTQ+ coming-of-age drama that is funny and uplifting despite Lily having to navigate tough terrain starring Amy-Joyce Hastings and Dean Quinn; and Kate Dolan’s debut feature You Are Not My Mother, an Irish Folk-Horror following Char (Hazel Doupe) after her mother Angela (Carolyn Bracken) briefly goes missing, only to return with a radically changed personality.

The Best Drama Nominees are Hidden Assets, in which a routine raid by the Irish Criminal Assets Bureau in Limerick turns up diamonds that are linked to a series of bombings in Belgium; Kin, the story of a fictional Dublin family embroiled in gangland war and their secret weapon: The unbreakable bonds of blood and family; Smother, whose second season continues the gripping tale of the Ahern family as they deal with an unwelcome visitor whose arrival in Lahinch shakes things up once again; and Vikings: Valhalla, which picks up a  hundred years after the hit series Vikings and follows a new generation of legendary heroes arising to forge their own destiny and make history.

Across the Acting categories Irish Actresses have once again excelled in film and drama, both at home and abroad. The Best Actress Film nominees feature Angeline Ball  for her role as the matriarch to Deadly Cuts’ vigilante hair-stylists, newcomer Catherine Clinch in her breakout debut role as the titular ‘Quiet Girl’ in An Cailín Ciúin,  Gemma-Leah Devereux for her courageous performance as a misanthropic stand-up whose life changes when she is diagnosed with breast cancer in The Bright Side; Hazel Doupe as the young girl Char whose missing mother returns drastically changed in the terrifying You Are Not My Mother; and Niamh Algar, who plays a film censor working during the ‘Vidoeo-Nasty’ scare of the 80’s whose life becomes a real horror film in Censor.

The Best Actress Drama category, meanwhile, sees Angeline Ball nominated for her role as a detective in the Irish Criminal Assets Bureau in Hidden Assets; Clare Dunne as Amanda Kinsella, the steely cartel queen in Kin; last year’s IFTA-winning Lead Actress in a Drama, Dervla Kirwan, who reprises her role in season 2 of  Smother; Niamh Algar who plays an undercover officer embroiled in a doomed ‘honeytrap’ operation in Channel 4’s Deceit; and Sinéad Keenan who plays the mother to a teenage daughter who she helps get a termination, leaving her to face the consequences of the law in Northern Ireland in Three Families.

Irish actors too have reached audiences the world over with their leading roles in film and television. The Best Actor Film Category sees Redemption of a Rogue’s Aaron Monaghan, who plays Jimmy as he seeks redemption after returning to his hometown in the Cavan-set black comedy; Dónall Ó Héalai, who plays naïve recluse John Cunliffe who is suddenly propelled into manhood at 28 in Irish-Language Feature Foscadh, which was Ireland’s entry for the Oscars’ International Feature Category; newcomer Jude Hill who was picked out of 300 hopefuls to play Buddy in Kenneth Branagh’s Belfast; and Moe Dunford, whose performance in Nightride saw him deliver a powerful performance in a single 90-minute take while driving in Stephen Fingleton’s one-take crime thriller.

Aidan Gillen and Sam Keeley are both nominated for their powerful performances in Kin where they play Frank Kinsella and Eric ‘Viking’ Kinsella respectively; Jimmy Nesbitt is nominated for his role as Detective Broome in the Global Netflix smash Stay Close; and Liam Cunningham for his role as Livius in Sky Atlantic’s Roman Epic Domina.

The Supporting Actress Film Category sees Amy-Joyce Hastings nominated for her role as Oonagh  in the LGBTQ Drama Who We Love, which she reprises from the IFTA-nominated short film Lily; Caitríona Balfe for her standout role as a mother struggling to negotiate the politics of late 60’s Belfast; Carrie Crowley who plays Eibhlín Cinnsealach, foster-parent to Catherine Clinch’s Cáit in An Cailín Ciúin; Jessie Buckley for her role in  The Lost Daughter  where she plays the past version of Olivia Colman’s Led; and Ruth Negga for her role as Clare, a fair-skinned Black woman who moves through life as a white woman, in Passing.

In the Supporting Actress Drama Category Hidden Assets stars Cathy Belton and Simone Kirby are nominated for their roles as forensic accountant Norah Dillon and wealthy business woman Bibi Melnick respectively; Justine Mitchell for reprising her role as Elaine Lynch in RTE’s hit thriller Smother; Lola Petticrew for her role as Orla who is faced with legal repercussions following an abortion in Northern Ireland; and Maria Doyle-Kennedy who plays Bridget ‘Bridy’ Collins the Kinsella Crime Cartel’s “defacto mam” in Kin.

In the Supporting Actor Film Category both Ciarán Hinds and Jamie Dornan are nominated for their Father and Son roles in Belfast; Cillian O’Gairbhí for his role as the troublesome Dave in Foscadh; Dean Quinn  for his funny and moving performance as Lily’s best Friend Simon in Who We Love; And Tom Vaughan-Lawlor for his sensitive portrayal of a grieving pharmacist / fly-fishing advocate in The Bright Side.

The Supporting Actor Drama Category sees IFTA-Winner Andrew Scott nominated for his role as Lord Merlin in BBC’s hit series The Pursuit of Love;  Ciarán Hinds and Emmett J Scanlan for their respective roles  as Eamon Cunningham and Jimmy Kinsella in Kin;  Owen McDonnell for his role as step-father Mark in Three Families; and Peter Coonan for his role as Fionn Brannigan in Hidden Assets.

The nominees for the George Morrison Feature Documentary Awards are Castro’s Spies, which tells the incredible story of an elite group of Cuban spies sent undercover to the US in the 1990s; Love Yourself Today, which centres around the music of Irish singer songwriter Damien Dempsey and his fans in  an emotive celebration of modern spirituality and the power of music to heal; Lyra, an emotive, intimate portrait of the life and death of Belfast journalist Lyra Mckee; Pure Grit, which is both a thrilling tale of extreme bareback horse racing, and an intimate love story, chronicling three years in the life of a young Native American racer; The Dance, about the creation, rehearsal and debut of Michael Keegan-Dolan’s Mám; and Young Plato, which charts the dream of a Headmaster his dedicated, visionary team illustrating how critical thinking and pastoral care can empower & encourage children to see beyond the limitations of their own community.

This year, as the country moves out of restrictions, the Irish Academy will host both virtual & physical events.  A Virtual Awards event in March, which will be followed by a Physical industry gathering in April, for the presentation of Awards in Dublin.

The Virtual IFTA Awards show will be hosted by the talented Actress & Comedian Deirdre O’Kane and will be broadcast on Virgin Media One on Saturday, March 12th.  Deirdre will host a line-up of international stars joining in to celebrate the exceptional Irish talent being recognised and to introduce the Nominees, films & dramas on the night. Further details about the show and guests will be announced in the coming weeks.

The Academy will shortly announce details of the upcoming Physical Event taking place in April in Dublin, to celebrate the industry along with the Awards presentations, the venue, the guests and more. 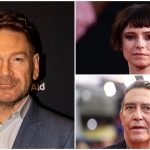 Next:
Adam McKay receives Volta Award as VMDIFF opens with gala screening of An Cailín Ciúin