Fís Éireann/Screen Ireland, the national agency for the Irish screen industry, welcomes the Irish Government’s continued support in Budget 2023, with a €1 million increase to the agency’s capital budget. Announced yesterday by Minister for Finance, Paschal Donohoe, TD, the Irish tax incentive for film, television and animation, Section 481, was also extended to 2028.

Susan Bergin, Chair of the Board of Fís Éireann/Screen Ireland welcomed the news:

“Our sincere thanks to Minister Catherine Martin T.D. for her significant support and recognition of the Irish screen industry. The Minister’s continued advocacy for Irish arts and culture and, in particular, the artists and creative professionals who make up the creative industries, has been exceptional.

Regional activity remains a key focus for Screen Ireland as it is essential to growing the industry sustainably across the country. With this in mind, we plan to ringfence up to €3.5 million in the 2023 budget for regional activity to address the need for further supports in this area.

We were also delighted to welcome the extension of Section 481, the tax incentive for the Irish screen industry, to 2028. Section 481 underpins the success of the Irish screen sector. It is essential to the further growth of the industry, creating increased job opportunities, spend in the Irish economy across the country, and most crucially, structured skills development for Irish crew nationwide.”

“We would like to thank Minister Catherine Martin, T.D., on the Budget 2023 allocation for Fís Éireann/Screen Ireland and for her continued commitment to the Irish screen industry. This funding recognises the cultural and economic value of Irish film and television, and its importance in showcasing Ireland on screen across the world.

For 2023, up to €3.5 million in reserved funding for regional activity is a commitment to working with industry stakeholders to address the need for further supports in this area, ensuring industry growth is nationwide. Screen Ireland will continue to prioritise national Irish cinema, high-end TV drama, animation, documentary, VFX and skills development for all creative industry professionals.”

About the Irish Creative Screen Industry

The Irish screen industry, comprising the film, television and animation sectors, has experienced unprecedented growth in the last two decades. In 2021, a record-breaking spend of €500 million was recorded in the Irish economy across film, television drama, documentary and animation production. This level of spend on jobs and local goods and services represents the highest ever achieved and is a 40% increase on the previous record set in 2019.

After incredible levels of growth in 2021, Screen Ireland’s emphasis is to ensure future growth is as responsible and sustainable as possible. In building an industry that is fully inclusive and representative of modern Ireland, Screen Ireland will prioritise skills development programmes, diversity, equity and inclusion initiatives, and further supports to encourage new entrants to find pathways in and through the screen industry.

The screen industry is currently supporting 12,000* jobs in direct, indirect and induced employment, with additional expansion opportunities across all parts of the industry anticipated in the coming year.

The success of screen production activity has come on the back of a combination of Ireland’s competitiveness in attracting international productions, Screen Ireland’s own development funding opportunities and schemes for local producers and creative talent, as well as direct support from Government that is key to driving and maintaining this success. 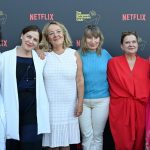 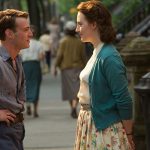 Next:
Where to Watch: Discover Irish film, television and animation, wherever you are